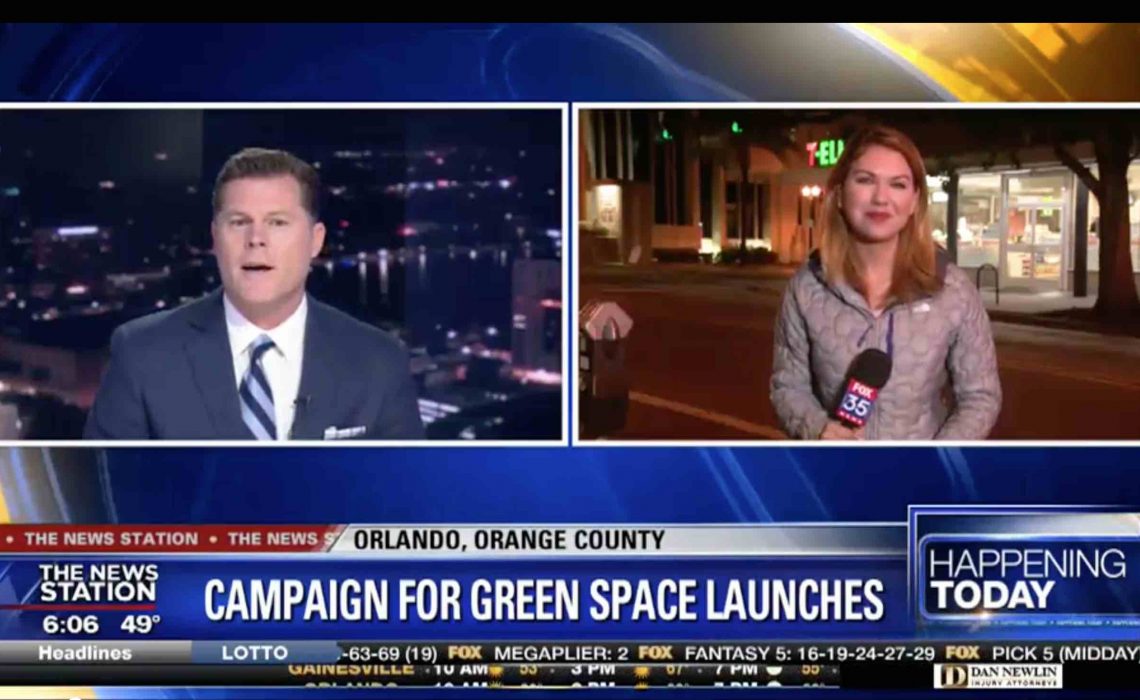 Nearly a dozen high rises are in the works to be added to the downtown Orlando skyline, but two self-proclaimed “little old ladies” said enough is enough. So they’re on a mission to prevent any shadows from being cast on Lake Eola Park.

It’s a big undertaking. The women are launching their official fundraising campaign to purchase the corner lot on Rosalind Avenue and Central Boulevard.

It’s currently home to a 7-Eleven, but they want to convert it back to green space so that it can never be developed into a high rise.

“We decided to develop a land trust and we would buy the property ourselves and we knew that if we could purchase this spot on the corner, we could at least inhibit a large parcel from going up where there would be ingress or egress on Rosalind Avenue,” Lynn Long said.

Before the 7-Eleven was built, the city of Orlando’s planning board unanimously approved a 28-story skyscraper to be built on the corner of Rosalind Avenue and Central Boulevard, despite residents protesting its affect on traffic, noise and Lake Eola Park.

City Commissioner Patty Sheehan said their hands were tied because property owners have rights. But now she is applauding these two “little old ladies” in their quest to form the Orlando Land Trust and purchase that lot.