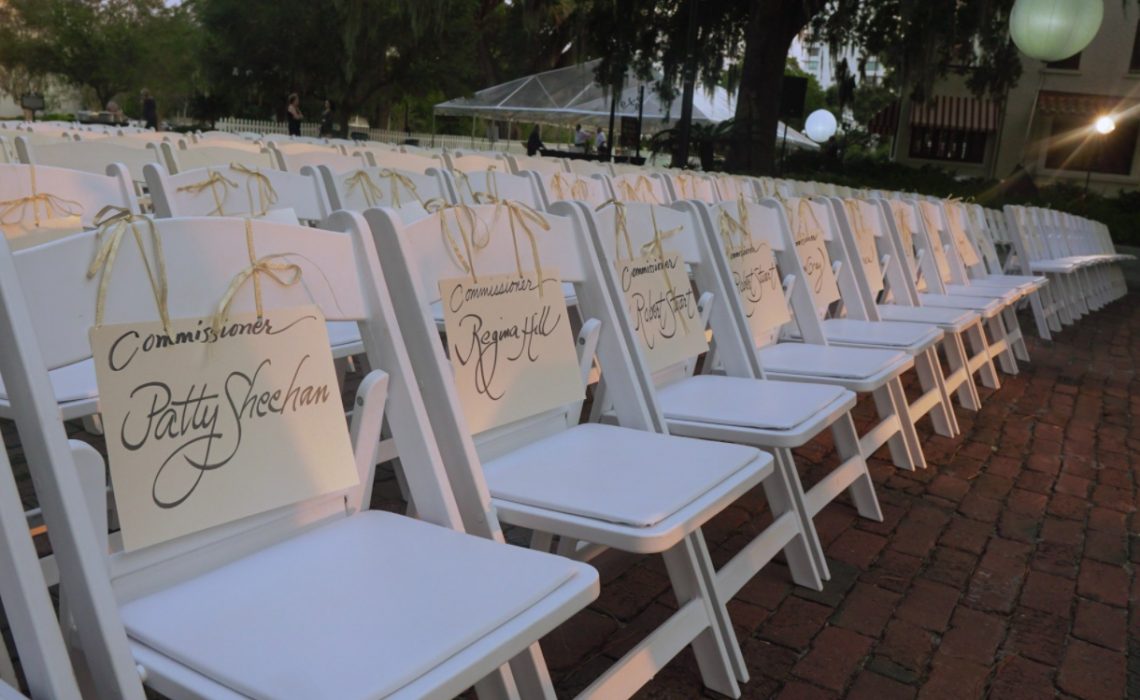 An Evening Under the Stars

Orlando Land Trust hosted “An Evening Under the Stars” event in October to recognize and thank major donors and City officials for their role in purchasing the southwest corner of Lake Eola Park. The corner on North Rosalind Avenue and East Central Boulevard was purchased by OLT and then donated to the City of Orlando for future expansion of Lake Eola Park.

The Orlando Land Trust’s Board of Trustees includes Ted Haddock, chairman, Bill Frederick, Glenda Hood, Charlie Gray, Steve Goldman, Chas Bailes, Leslie Poole, Mark Line, Lynn Long and Eugenia Sefcik. The first  project to raise $3.25 million dollars was challenging due to the pandemic, but the community embraced it to protect and expand green space in the City Beautiful. On March 23, 2021 the property was turned over to the City.

As part of the fundraising, the “Grandmother’s Legacy of Love Campaign” was established as an opportunity for grandmothers to recognize their grandchildren in the park. A beautiful butterfly garden, near the Sperry Fountain, will recognize over 400 grandchildren whose grandmothers donated to the project. The sculpture of butterflies designed Barbara Sorensen was revealed that evening.

City Commissioner Patty Sheehan who has been an advocate for the project since the beginning praised the OLT. The partnership between the City of Orlando, The Trust for Public Land and Orlando Land Trust plus donors and volunteers from the community came together to protect this corner of Lake Eola Park for future generations.

The Robert Murrell family, former owners of the property, embraced the idea of protecting and expanding the park. Without their willingness to sell the property to the OLT this acquisition would not have been possible.

Everyone who contributed resources should be proud to be involved in a project to protect the park for our families, Orlando residents and visitors to enjoy. Without your time, effort, and expertise this project would not have successful.