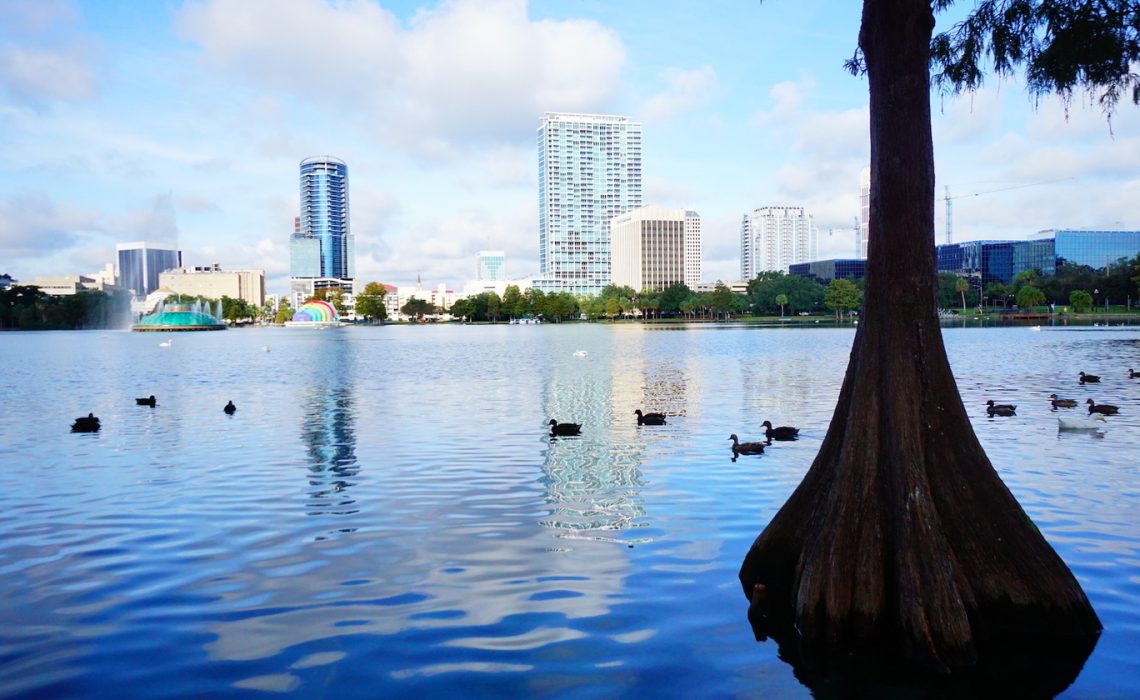 A Trust is Born: Keeping Our Promise to Jacob Summerlin

College Park Paper: One of the rewards for writing about Orlando’s history (with College Park as my muse) is learning the backstory — discovering the dreamers and passionate people, many who came into a land of pristine lakes and pine-forested wilderness to realize their dreams.

And since Orlando’s incorporation in 1875, we’ve had many citizens rise and step forward when the opportunity to make a little history presents itself, especially when dreaming of the future. They’ve often paid the dreamer’s price of trusting that work will continue for following generations to enjoy.

Such was the dreamer’s price paid for Lake Eola, Orlando’s most iconic and historic city park.

When Jacob Summerlin bought 200 acres of land in downtown Orlando, he couldn’t foresee the future importance of his purchase. Nor could he foresee that when a sinkhole formed at the edge of his property, it would become, with the help of the aquifer, a beautiful sand bottomed lake.

Known originally as Sandy Beach, it was a popular gathering place for early settlers. In 1883, Summerlin offered a strip around the lake to the City of Orlando. One of Summerlin’s conditions was that it be kept as a beautiful park for all the citizens to enjoy.

In 1888, Sandy Beach was renamed Lake Eola and became the city’s first public park. Generations of families and visitors (some 2.5 million annually!) enjoy the natural beauty of the lake, the fountain, the wildlife and a variety of events throughout the year.

Every day, we who live nearby see the growth and development that is impacting our lives in Orlando. We see an exciting city skyline with several buildings over 30 stories. We also see office buildings and condominiums dominating the growth and moving closer and closer to the heart of the city, Lake Eola. And, potentially closing it off visually.

Preservationists are concerned that, with time, green spaces and lower-height buildings surrounding Lake Eola Park will be redeveloped with high-rises far exceeding the recommendations of the Project Downtown Orlando Vision Plan (DTO Vision Plan) of 2015.

Thankfully, history-making and forward looking in the heart of Orlando is alive and well.

Introducing two formidable, persistent, urban conservationist heroes: Lynn Long and Eugenia Sefcik. Both ladies are Orlando natives who share a deep passion for keeping Lake Eola accessible for all our citizens and for its visual impact to remain unimpeded by towering buildings.
After months — that turned into years — of countless conversations with landowners and calls to City of Orlando officials and meetings with community advocates including Ted Haddock, their history-making dream, the Orlando Land Trust, was born.

Created to celebrate and advance a healthy, livable community for generations to come, the Orlando Land Trust was established as a means for improving and protecting parks, playgrounds and green spaces for all Orlando residents. Green spaces improve our physical and psychological health by encouraging exercise and offering tranquility, relaxation and a refuge from the hustle and bustle or simply an opportunity to people watch.

In a state where nearly 64% of us were born somewhere else, the importance of creating or preserving a place that can bring us together — and spark and sustain important interactions between people and celebrate the bond of place — is essential to the quality of life in Orlando.

The current mission of the Orlando Land Trust is to preserve, protect and expand Lake Eola Park and the surrounding green space of Orlando’s “crown jewel” by reducing development on the lake, which is consistent with the City of Orlando’s Downtown Vision Plan and recommends a step-down approach to building heights from the center of the city to Lake Eola Park.

The Orlando Land Trust is currently partnering with the Trust for Public Land on the acquisition of the Murrell Building on the northeast corner of Rosalind Avenue and Central Boulevard. The land will be held in perpetuity for the enjoyment of all Orlando’s citizens. The Trust for Public Land will serve as the purchasing agent until the Orlando Land Trust’s 501(c)3 status is received.

Ted Haddock, Chairman of the Board of Trustees for the Orlando Land Trust, believes “the future of Orlando and its communities will benefit greatly from the work we are setting out to do together, outliving each of us to care for those we will never know. What a beautiful way to steward the Earth and love our neighbors.”

Orlando Land Trust’s project goal is to raise $3.5 million for the acquisition of the property. As citizens, we can join this grassroots effort and assure the successful campaign to realize the dream and create a vital gateway to Orlando’s historic and iconic park. The Orlando Land Trust encourages you to become involved through advocacy or perhaps by making a personal gift or pledge.

I often wonder what in the world Judge John Cheney would say if he saw that his front lawn, which once meandered along the eastern shores of Lake Concord, had turned into an I-4 concrete jungle.

What I never want to wonder is if Jacob Summerlin would ever have to ask whether the citizens of Orlando still have access to our beloved Lake Eola. Let’s keep Orlando the City Beautiful — and make a little history of our own.

For more information and ways to make history, visit orlandolandtrust.org.